CFJ West Girls and Coach are Champs with ETP in Phoenix

These CFJ ETP events include players from around the CFJ network including from the CFJ clubs in Chicago-land such as CFJ City, CFJ South, and CFJ West as well as from clubs around the country including CFJ Florida, CFJ Indiana, CFJ Indiana South, CFJ Kentucky, CFJ Michigan, and CFJ Lousiana.

This year's girls' ETP trip to PDT in Phoenix, CFJ West sent the following players and a coach.

The 2002 ETP Girls went undefeated in the tournament but finished second in their group stage sending them to the 3rd place game. The team drew the match and shared the 3rd place finish.

The 2003 ETP Girls, coached by CFJ West coach Jonny Carter, also went undefeated in the tournament winning their group stage sending them to the final. The team won the final 5-0 and rightly were named 2018 PDT Champions.

Congratulations to all the players and Coach Jonny Carter on an excellent weekend. Also, congratulations to DOC Paul Dalton who coaches the 2002/03 Girls Red at CFJ West, the team on which each of these players play during the season. 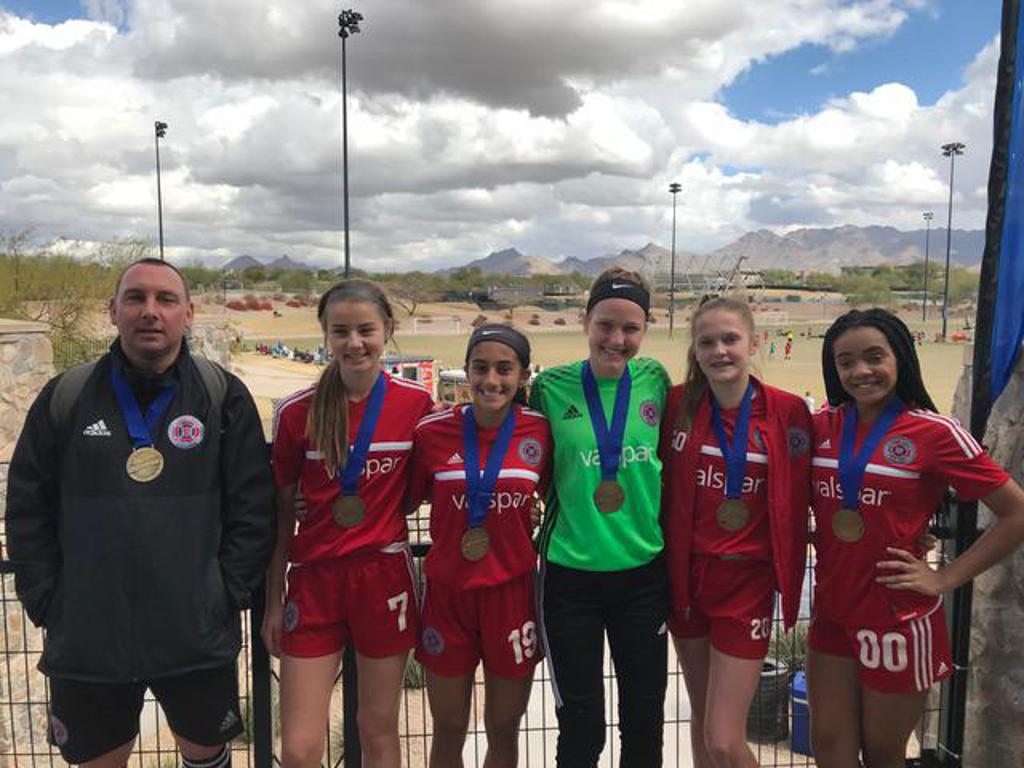