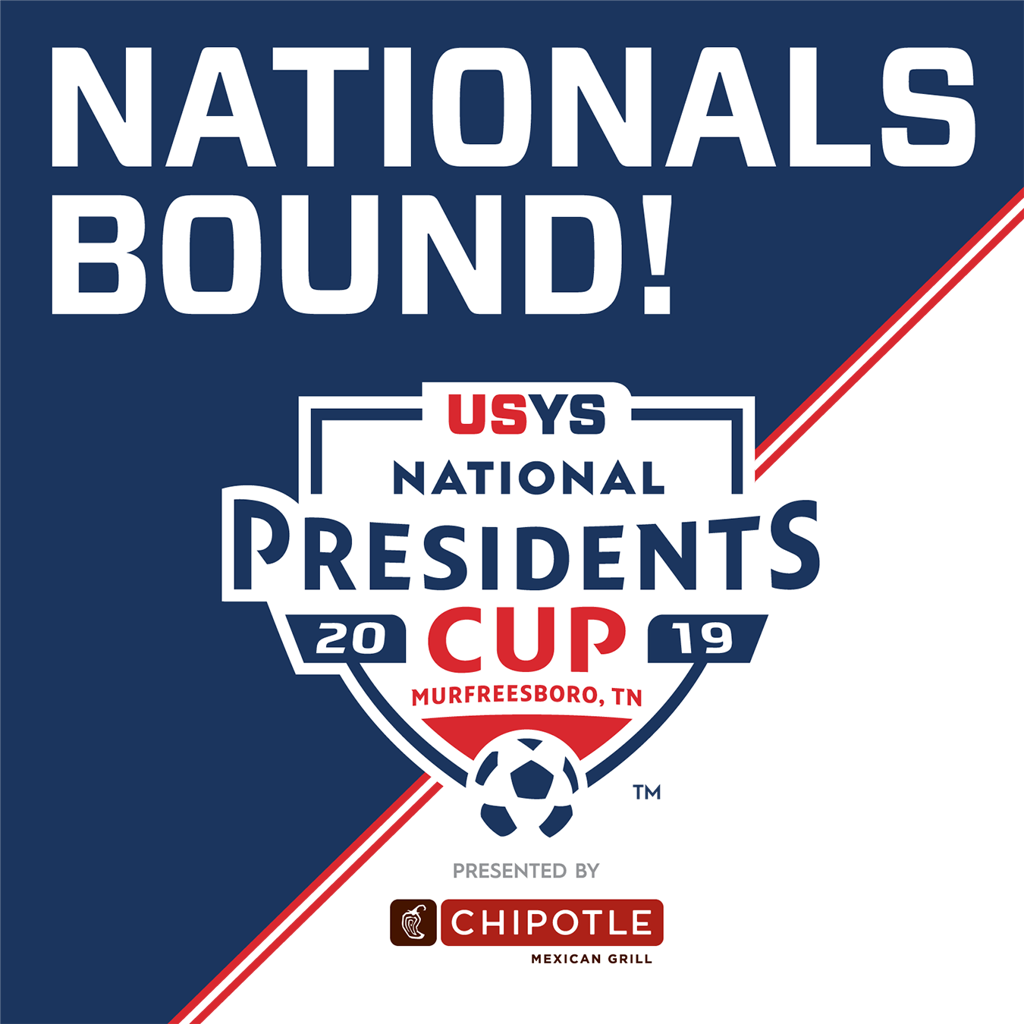 The tournament starts with some pre-tournament festivities that will allow players to exchange small gifts and get to know the players from the other regions at meet and greet event on Wednesday evening. Play starts on Thursday morning as they go against their first opponent in Rage United SC Xtreme, the East region representative from the Pennsylvania-East association. Then the girls go on to play Plant City FC Lancers, the South region representative from Florida's association, in an early morning game Friday. The round robin phase concludes in a Saturday midday game with Las Vegas Soccer Academy, the Far West region's representative from Nevada.

The club wishes Coach Paul and the players on the team the best of luck in this prestigious event. Be sure to follow the club's Twitter, Facebook, and Instagram accounts to get the up to the minute updates on how the team is doing throughout the weekend.

Tag(s): About Us  Tryouts  News  Home