Chicago Fire Juniors West 2002 Red (IL) won, 2-0, against AFA Fillies Baez 02 (MO) to earn the 17U Girls Midwest Presidents Cup title. AFA, who had advanced as the wildcard from Group C looked to make the most of its time in the knock out rounds but went down 1-0 late in the second half after a Fire goal from Jessica Gruben. Gruben was not done scoring, and added a second half goal to seal the 2-0 victory. At the end of the event, Chicago fire has compiled 20 goals for and just two against and will look to continue that stretch as it moves onto National Presidents Cup.

Kaylin Smith was the tournament joint top scorer with 6 goals across the Midwest Regional.

The 2002 Girls Red is coached by Paul Dalton, CFJ West Director of Coaching. 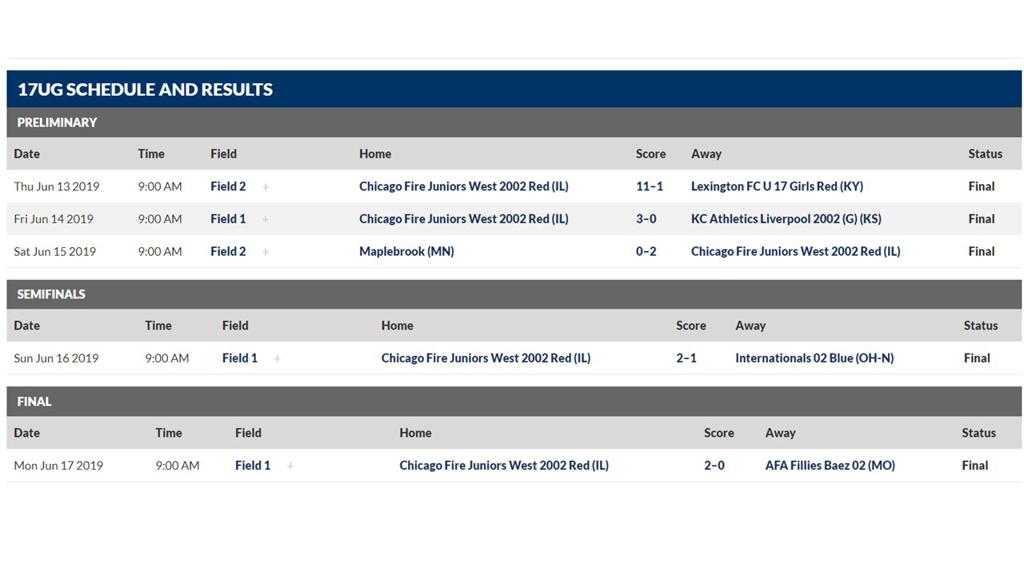 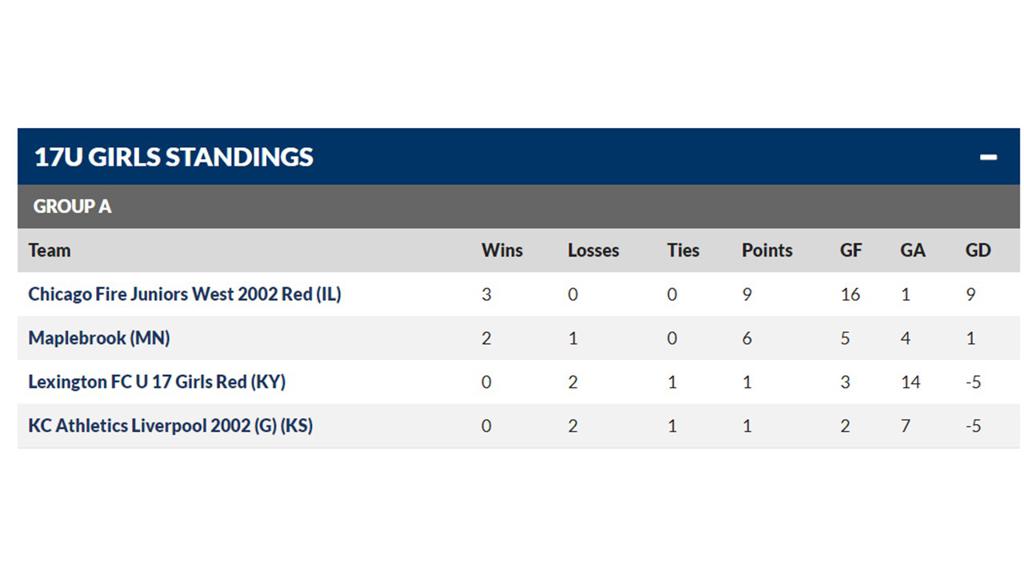 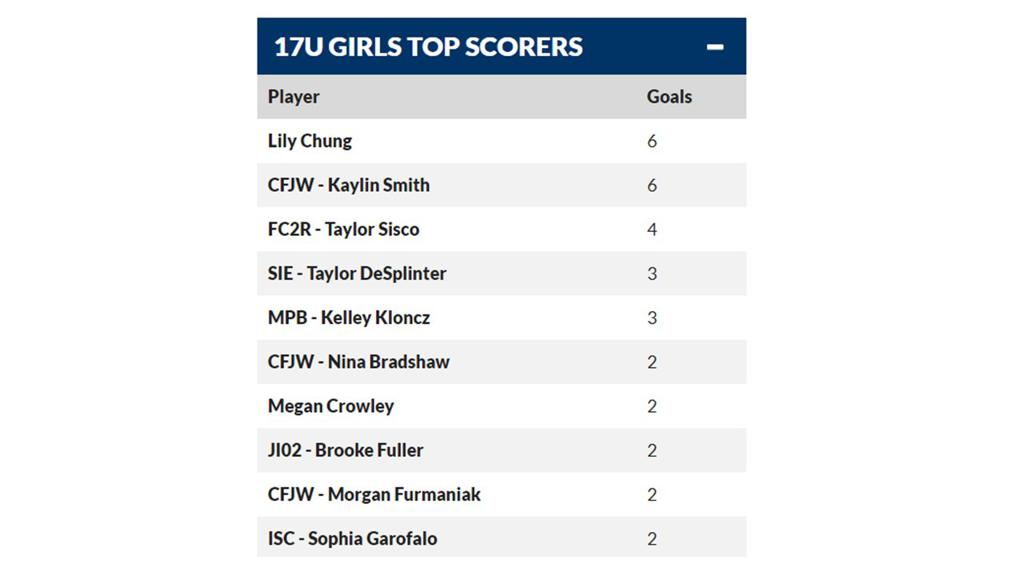